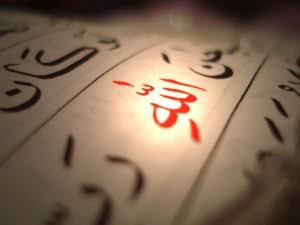 The Two Main Types of Tafsir with Examples If you are not an Arab, you may have encountered instances in which you needed to know the many forms of Tafsir and the meaning of the lines you were reciting but couldn’t due to a linguistic barrier.

Because not everyone has access to a Quran with translation at all times, you should know The Two Main Types of Tafsir with Examples because it is best to master Tafsir to fully comprehend the Quran. We’ll go over the different sorts of Tafsir with examples in this article. Let’s get going!

Tafsir is required for proper knowledge of the Quran. The Two Main Types of Tafsir with Example of Quran Without knowing Tafsir, it is difficult to interpret the Quran. The goal of Tafsir is to clarify what Allah has revealed to mankind through the Holy Book.

“Verily, this Quran leads to the way that is most right,” Allah declares in the Quran [Quran 17:9].

Everyone can find the Straight Path in this book. People who have been taught in Quran Tafsir will be able to deduce rulings from a verse’s intent better than the average believer.

As a result, we may conclude that studying the Tafsir and learning forms of Tafsir with examples is suggested for a greater knowledge of the Quran so that we can use it realistically in our daily lives. Shaykh Yasir Qadhi explains the relationship between the Quran and the Tafsir in his work An Introduction to the Sciences of the Quran. He puts it like way:

“The Quran is like a treasure trapped in a glass receptacle; men can see and benefit from it, but they require Tafsir because Tafsir works as the key that unlocks the treasure, allowing mankind to reap the maximum advantage from it.”

“The example of people who recite the Qur’an but do not know its interpretation is like a group of people who get a written message from their ruler in the middle of the night and do not have a lamp,” stated another scholar, Iyaas ibn Mu’aawiyah. As a result, they are unaware of the contents of the message. Someone who knows Tafsir is like someone who comes to them with a lamp and reads to them what is written in the message.” the Two Main Types of Tafsir with Example of Quran

Here are some more compelling reasons to learn Quranic Tafsir:

Assists worshippers in following the Quran

Until the Day of Judgment, the Quran is the only scripture that is valid and unchanging. Anyone can understand the Quran with the help of a Tafsir. “I leave behind me two things, the Quran and the Sunnah (Hadith), and if you follow these, you will never go astray,” Prophet Muhammad (PBUH) remarked.

Furthermore, all Muslims must acquire the Quran’s Tafsir to comprehend Islam’s five pillars (basic concepts). Learning Tafsir will equip the learner to carry out these procedures with the utmost devotion and accuracy. The Two Main Types of Tafsir with Example of Quran

Allows you to perform Salah (daily prayers) with focus and humility

Salah is done at least five times a day, therefore precision or correctness cannot be guaranteed every time. Multiple thoughts might cause people to become distracted and lose concentration.

This can be prevented if the person knows what each verse in his prayer signifies. Knowing the different sorts of Tafsir and examples will undoubtedly assist, as Tafsir encourages people to form stronger bonds with their Creator.

Offers a better understanding of the Quran

When someone speaks Arabic or is descended from an Arabian dialect, they are better able to comprehend Allah SWT’s profound message in the Quran.

The Quran is more difficult to comprehend for non-native Arabic speakers. This is why it is critical to grasp the different forms of Tafsir and their examples to comprehend Allah’s revelation. The Two Main Types of Tafsir with Example of Quran

Builds an everlasting relationship with our creator

Allah’s proximity is mentioned several times in the Quran, with the connotation taken to signify that Allah is constantly with you. The word “closeness to Allah,” on the other hand, has a wide range of interpretations.

When a believer learns the numerous sorts of Tafsir through examples, their link with the Creator is far stronger than when they memorize and memorize to read the Quran using Tajweed. As a result, in The Two Main Types of Tafsir with the Example of the Quran we are expected to remain upright and on the righteous road.

Describes the actual meaning of the Quran

People nowadays, unfortunately, assume that simply reading the Quran fulfills tfulfillsileges of the Quran without knowing the underlying intent behind the words. You will be able to understand the Quran’s true meaning with ease if you master Tafsir.

It perfects the character

Closeness to Allah SWT gives a way to Jannah and provides resolution for hundreds of concerns in this world, as Allah SWT relates in the Quran. This is the best guide for conducting life by Allah’s commands.

Reading the Quran is crucial for improving one’s character and conduct, but studying Tafsir helps one understand the meaning of His words, which leads to their implementation. The Two Main Types of Tafsir with Example of Quran Knowing the many forms of Tafsir and instances will be very helpful!

Rules for personal and familial relationships are outlined in it

Outlined finding Fiqh, is a jurisprudential system or interpretation of Sharia. It is a compendium of Islamic law based on the Quran that has been carefully considered. The Quran instructs us in a variety of ways. When individuals in charge of formulating laws, such as the Islamic council, are conversant with the Quran, they use Tafsir. The Two Main Types of Tafsir with Example of Quran.

Developing laws for a community of Muslims

The Sharia is the primary source of Islamic law, according to the Quran. It contains the principles by which the Muslim world is ruled, as well as the reasons for Muslim-Non-Muslim ties. Muslim societies are classified and run through particular norms according to Sharia. The concept also offers a solution to interpersonal problems as well as issues between the state and the individual.

Discover the history of Islam

Allah Almighty has incorporated various stories in the Quran, including stories about previous Prophets, miracles performed by Prophets, and stories about our Last Prophet Muhammad (PBUH). Knowing the Tafsir of the Quran is required for this understanding as well as the lessons they offer.

A clear knowledge of Islam will encourage people to convert

When they are ready, an individual must invite others to Islam. He should have a sound and complete comprehension of Islam. Having a thorough knowledge of the Quran’s laws as well as a wide library of Hadith.

The Two Main Types of Tafsir with the Example of the Quran and The verses of the Quran are explained using several transmission sources in this style of Tafsir. The Quran itself, for example, explains what is said by pointing to other Quranic Ayahs that deal with the same issue. In the second source, the Prophet’s (PBUH) words and deeds illuminate the meaning of Quranic verses. Furthermore, it is the Companions of Prophet Muhammad’s interpretation of Quran verses (PBUH). Several samples of Tafsir from these sources are shown below.